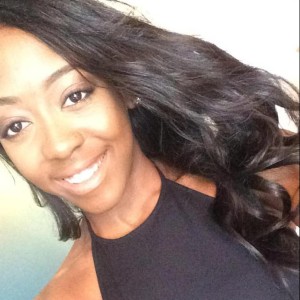 The internet was in uproar this past weekend in response to an ad posted on Dove’s Facebook page, promoting its ‘Deep Moisture Hydration Profonde Nourishing Body Wash.’ The 3-second video clip shows a dark-skinned black woman removing her nude colored top, with a bottle of Dove in the lower right hand corner, transforming into a “cleansed”  white woman. The ad reminded the brand’s consumers of 19th Century racist ads promoting skin bleaching/whitening, thus #BoycottDove spread on Twitter.

To the Black women out there that use @Dove here’s what they think about you… #BoycottDove pic.twitter.com/9mPy9d393s

Boycott @Dove IF OUR SKIN ISN’T GOOD ENOUGH, NEITHER IS OUR MONEY! I WILL NEVER BUY @Dove. Again# #BoycottDove.

The ad was removed by Dove — owned by Unilever — and a vague apology was issued on Twitter, stating that it had “missed the mark in representing women of color thoughtfully.” The apology failed to confront the historical racial insensitiveness of the ad.

An image we recently posted on Facebook missed the mark in representing women of color thoughtfully. We deeply regret the offense it caused.

Dear Dove, how did we get here? How did this concept make it this far down the executive approval pipeline? There was no mention in the apology if any black women or men were involved in the ad’s approval process.

This Dove ad speaks to the lack of representation at the decision making table for several companies that parade the word “Diversity” across it’s marketing materials for the sake of a better market position.  However they lack substantial effort to weave an environment of inclusion into the actual fabric of the company’s employees, leadership, multicultural work, or best practices. Diversity is nothing without inclusion, representation matters.

Black women need to be invited in, and don’t say you can’t find us. We are graduating with internship experience and degrees in public relations, marketing, and advertising from prestigious universities. Some who are more seasoned have several years of work experience, however, applications to agencies, and in-house marketing departments continue to be denied. Racial discrimination is the source of the issue and until Dove addresses it, they will continue to “miss the mark.”