In Her Bag with Selena Hill 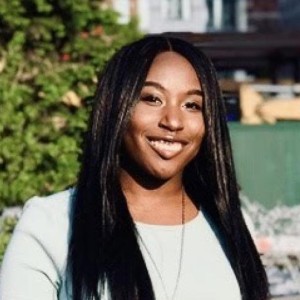 Today’s landscape is forever changing – especially as we continue to adapt to the emphasis on digital media brought on by COVID-19. Online journalists and media professionals have carried us through the pandemic, keeping us informed and aware of current events, including the social unrest we experienced in 2020. If you’ve ever thought about a career in journalism and digital media, now is your time – and here’s a Black woman in her bag who can tell you all about what it takes to get there.

Tell me a little bit about yourself. Where’d you grow up and where did you go to school?

I graduated from SUNY Old Westbury here in New York. I had actually applied for 13 different colleges and universities. I was accepted to 12, and Howard was my dream. I did receive some scholarships, but not a full scholarship – and private universities are very expensive. At the time, my mother was working for an organization where there was a huge scandal that made headlines about the CEO who was stealing from employee funds. And so the college savings that were meant for me were actually depleted – and we were really only able to afford a state school. It ended up being a blessing in disguise. I left with lifelong lessons, friends, and career development. It all started at SUNY Old Westbury for me.

How did your college experience help prepare you for where you are now?

It gave me the hands-on experience I needed for everything I do now. I started writing for the school newspaper, I started a radio show in college that I still produce today – all of the work I did there I do today professionally. Stanley Fritz – who I met on campus – worked with me on the show we launched in college, and he has continued to be an instrumental part of the show for over 10 years.

What was it like to launch your own show and build it from scratch?

Back in college, the First Year Experience Office presented me with an opportunity to start a radio show. After I started, they were so impressed that they suggested I start my own show and call it the Selena Hill Show. So I built a team – I’ve always worked with a team – and I think at the time we probably had around six co-hosts and an engineer.

You never know what you’re capable of until you have the opportunity to test it. The show became pretty popular on campus and we won awards at the school, so after I graduated, people were encouraging me to continue the show. We relaunched the show on the radio station WHCR 90.3-FM, otherwise known as the Voice of Harlem. And then during the pandemic we relaunched again as a livestream talk show. I took a risk with this show – but it was fun and I’ve loved every second of it.

Where are you now in your career, and how did you get there?

I work full time as a Deputy Digital Editor at Black Enterprise, a legacy magazine that focuses on entrepreneurship, finance, tech careers and leadership for the African American community. I’ve been there for about five years. I’ve done a lot of travel, covered events on behalf of the company, and written stories. Now I host an interview series where I talk to celebrities, celebrity entrepreneurs and a lot of high-profile figures about how they adapted to not only the pandemic but also the Black Lives Matter Movement in 2020. I’ve spoken to different figures, from Vice President Kamala Harris to Kevin Hart to Karreuche Tran.

It’s all about relationship-building over time. It’s not like I text Kamala Harris on a daily basis! A lot of times celebrities or public figures have publicists that will represent multiple influential people, and it’s important to build relationships with people like them. I also think that what helped me get to this point was that I was so visible since I was building a personal brand on social media. LinkedIn and Instagram are two huge assets that really helped me.

What does it take to build a strong personal brand?

It could be anything from photoshoots to actively posting to building a community online. It’s about paying attention to your channels and using them professionally. Your social media accounts are an extension of who you are. In my opinion, everyone has a brand. If you are on social media, that is your brand. Before companies hire, they look on your social media, because they want to see who you are and what you’re posting about. Post who you are, and don’t be afraid to be you – but just know that whatever you put out there determines the type of attention that will be reciprocated. Whatever it is you want to present to the world, use your social media to do that.

Who is your biggest inspiration in journalism?

I definitely look up to the Black journalists that came before me, like Tamron Hall, Oprah Winfrey, Brenda Blackmon, Montel Williams, etc. I didn’t know at the time, but just seeing those Black faces talk about the news and other issues really impacted and inspired me because it showed me what I could be.

Any tips for recent graduates or those who are just starting their career journeys?

It’s a very different world today, and I think that there are certain skillsets that this generation has that are very valuable. I think social media is one of them. Understanding social media and trends is important. A lot of organizations don’t understand TikTok, so you may take it for granted that you know how it works and who the important figures on there are, but it’s actually very valuable because companies today are trying to capture the attention of the Gen Z audience.

Use platforms like LinkedIn as a resource. When I was growing up, I couldn’t connect with people on LinkedIn. Today, it’s all on social media. You can connect with other people, join creative groups and communities, create a podcast or YouTube community – there’s so much that’s available today.

Stanley Fritz, my partner in the talk show I host, once told me to believe in myself. He once told me, “Selena, you’re a star and everyone sees it.” I didn’t believe that. It wasn’t until I started to recognize my worth that I would no longer allow myself to be exploited or taken advantage of. Don’t be afraid to ask for what you want and set boundaries. Protect your time.

When you’re really good at what you do, and other people see the value you add and you don’t, it’s very easy to be taken advantage of. Early in my career, I was really eager to work for free – and I did! I just looked for experience and exposure and that’s all I got! I didn’t know how much of an asset I was to different organizations. Now I know. That’s why I tell folks, “Just believe in yourself.”

Such great advice from an inspirational journalist in her bag! To stay updated on all her power moves, keep in touch with Selena on LinkedIn, Instagram or Twitter.

In Her Bag with Selena Hill 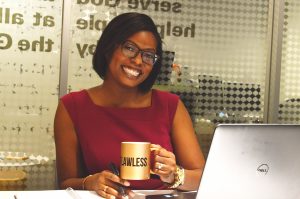 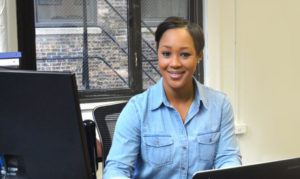